Carbfix commences operations as a special subsidiary within the OR Group. A carbon capturing and sequestration project has been developed and operated at The Hellisheiði Geothermal Power Plant since 2007. The company’s establishment is aimed at making the Carbfix method more widely available in the battle against the climate crisis.

The six year plan of Reykjavik Energy and the owners of the company to restore the finances of the company after the 2008 economic crash in Iceland is completed at the end of the year. The strategy is called The Plan and yields 20% better results than had been originally anticipated.

Mandatory unbundling of the Reykjavik Energy Group and establishment of the subsidiaries ON Power, which oversees the production and sale of electricity, and Veitur Utilities, which runs the water supply, hot water utility, electricity utility and sewerage systems.

OR is the first energy company to have an ownership policy approved. It is unanimously approved in all of the three municipalities of the owners. 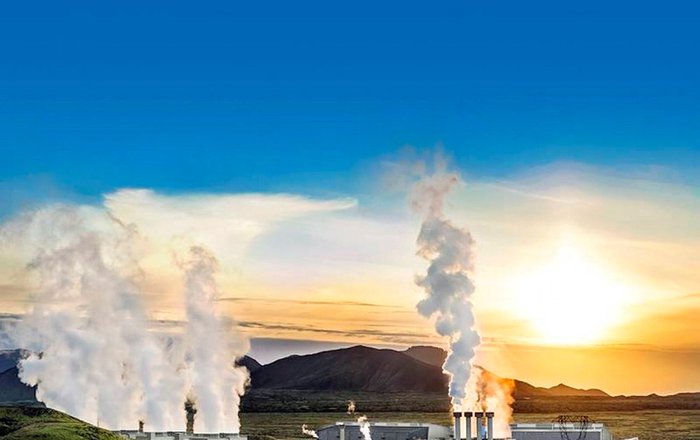 Through agreements with the owners of Reykjavik Energy, the company takes on the statutory municipal function of developing and running the sewerage systems. Work continues on making vast improvements to the sewage system in line with modern-day requirements. 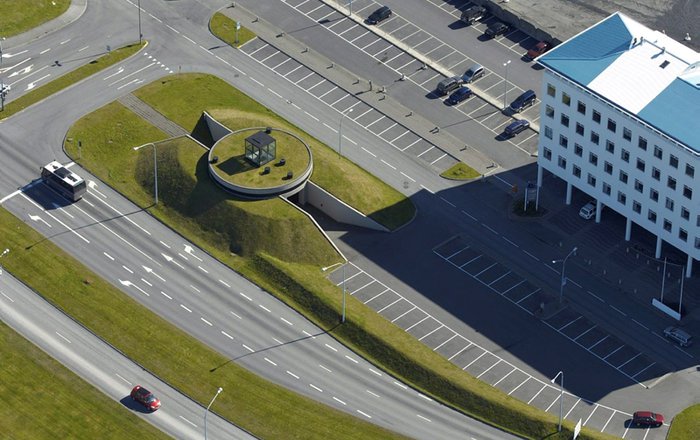 The geothermal production fields of the Hellisheidi Geothermal Power Plant are situated south of Hengill area. The power produced in the first phase is 90 MW, and at full capacity it can reach 300 MW for electricity and 400 MW in thermal power.

Most of Reykjavik Energy’s water utilities are in the capital area, but also in many parts of South and West Iceland.

Two powerful utility companies merge into one: the Reykjavik Energy Electricity grid manages to reach just over half the population of the county in five municipalities in the bay of Faxaflói: Reykjavík, Kópavogur, Mosfellsbær, Akranes and Garðabær. The hot water utility is the biggest geothermal hot water utility in the world and is the largest source of water for the Nesjavellir and Hellisheidi geothermal power plants. But in a number of low-temperature fields, with Reykjadalur in Mosfellsbær being the biggest, 600 MW can be generated. 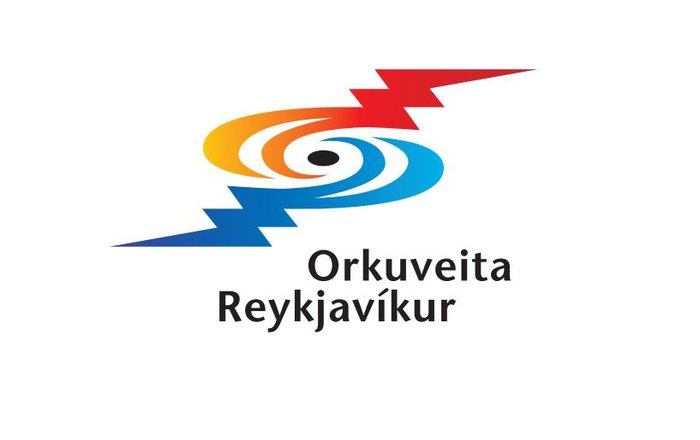 The first sewage treatment plant at Ánanaust comes into use and processes the waste water of 57% of the population of Reykjavík.

New regulations on food inspection come into effect. Water utilities are classified as food companies for the first time.

Restaurant on top of water tanks

Perlan, the panoramic restaurant on top of the water tanks in Öskjuhlíð, is inaugurated. Perlan ("The Pearl") connects and rests on top of six hot water tanks, each containing some 4 million litres of hot water. It is a steel casing construction, which not only fulfils the function of connecting the hot water tanks but also forms a domed roof. 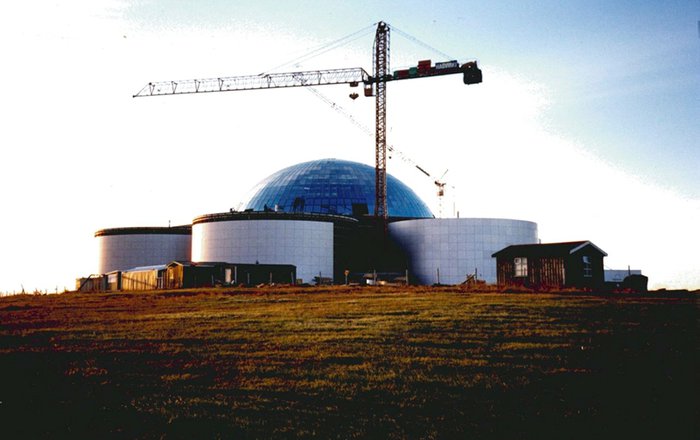 The hot water utility in Nesjavellir comes into use in 1990 where groundwater is heated and transported to the capital area. It currently generates 120 MW of electricity and 300 MW of geothermal energy. 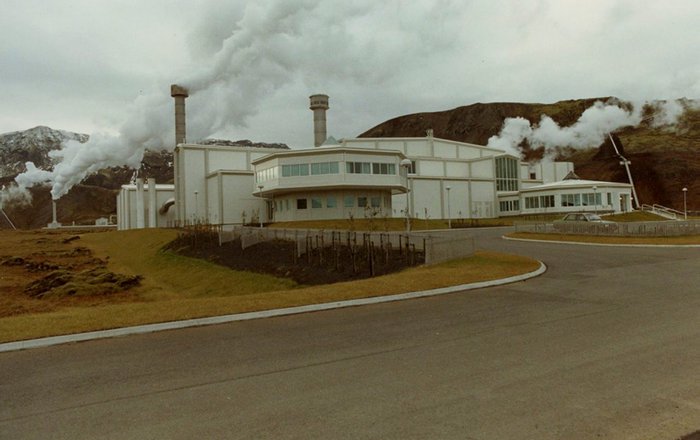 Foundation of hot water utility of Akranes and Borgarfjörður (HAB) 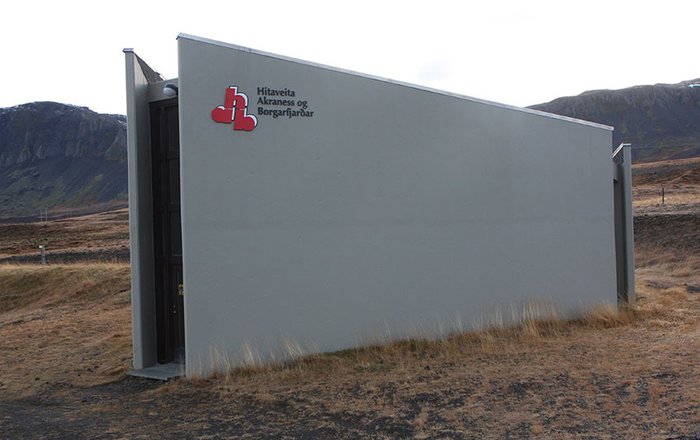 Inhabitants without electricity are no longer to be found registered in official figures and Iceland is considered fully electrified.

District heating is considered to cover the whole of Reykjavík

98% of Reykjavík residents are connected to the District Heating Utility. From this point onwards, all new neighbourhoods come with district heating from the very first day. Oil heating of households in Reykjavík is relegated to history, and it is precisely in this period that the so-called oil crisis strikes the world with steep rises in oil prices.

The bathing beach in Nauthólsvík is closed down because of pollution. It is opened again in the year 2000, following a major effort in sewerage reforms.

Land in Nesjavellir is acquired

The City of Reykjavík buys land in Nesjavellir for geothermal energy utilisation. Utilisation started in 1990 when hot water production began at the Nesjavellir Geothermal Power Plant.

Landsvirkjun is founded by the state and the City of Reykjavík. Its objective is to oversee the supply of electricity to South and West Iceland through, among other sources, the Thjórsá river hydropower plant.

The City of Reykjavík incorporates the Sog power plant into the company against the state’s water rights in the river of Thjórsá and acquires about half of Landsvirkjun. The town of Akureyri then joins the group and the Laxá Hydropower Stations becomes part of Landsvirkjun.

The so-called “hot tubs” on the side of the pool attract attention.

The third and last station to be inaugurated in the River Sog area. The Sogsvirkjun company, which owns the three power plants, is then closed down with the foundation of Landsvirkjun (National Power Company of Iceland) in 1965. 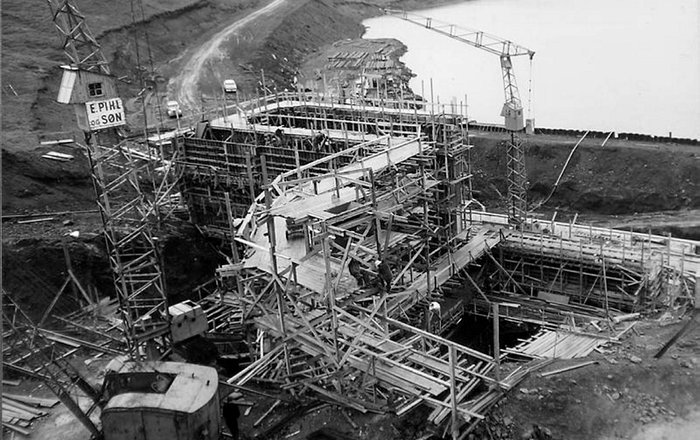 The State and the City of Reykjavík purchase “steam drills” which revolutionise all geothermal energy utilisation both in low and high temperature geothermal areas. In the following decades, the steam drill was utilised to increase the supply of hot water by reactivating low-temperature areas in Laugarnes, Reykir and Reykjahlíð. Drilling with steam drills also started in Ellidaárdalur.

Video of boreholes in the capital area

Icelandic Nuclear Physics Committee is founded. Its purpose is to research the utilisation of nuclear energy, which is generally viewed as the most important energy source for the future.

The City of Reykjavík buys land in Kolviðarhóll with a view to utilising geothermal energy. The utilisation does not start until 2006 when the Hellisheidi Geothermal Power Plant begins to operate.

Construction starts on the Írafoss power station by the Sog river. At the same time preparations are made for a fertilizer plant to utilise part of the power. The power plant is inaugurated in 1953 and the president of Iceland, Ásgeir Ásgeirsson, delivers a speech at the ceremony. 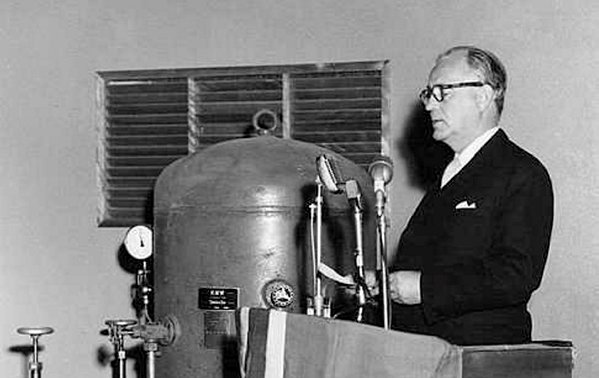 The State, City of Reykjavík and Hafnarfjörður start to research geothermal energy in the Hengill area. There is considered to be sufficient power, but the drilling technology is not yet in place.

Andakílsá Hydropower Station starts operations. The power plant replaces the motorised electrical generators that had been used both in Akranes and Borgarnes and nearby rural areas. The river power plant was terminated in 1974 when a new turbine unit came into use. The total production capacity of the plant is 8 MW.

Hnitbjörg, the Einar Jónsson museum on Skólavörðuhæð, is the first building to be connected to the Reykir district heating utility in Mosfellssveit. The geothermal production fields of Reykir and Reykjadalur becomes the most important water sources for district heating, right up until the launch of the Nesjavellir Geothermal Power Plant in 1990.

Bathrooms in half of households

At this point, it is estimated that half of the registered houses in Reykjavík had bathrooms.

The Ljósafoss power station in Sog river starts operating. Most of the energy goes into powering the Rafha stoves every household wanted to own at the time.

Sogsstöðvar is a collective term for three hydropower stations on the Sog river, which were built by the State and City of Reykjavík to guarantee the supply of electricity to Reykjavík and South and West Iceland. The Ljósafoss power station is the first. It is followed by the Írafoss and Steingríms power stations.

The City Council of Reykjavík secures geothermal energy rights in Reykir in Mosfellsdalur and starts research in the area.

Research in the geothermal production fields starts in September 1933 to meet an increase in demand. In 1937 the hot water utility is connected to 58 houses.

The Austurbæjarskóli elementary school and a number of houses in the street of Bergþórugata are the first buildings in Reykjavík to be heated with water from the Laugardalur laundry baths, the so-called Laugaveita utility. Reykjavik hot water utility is founded.

In 1928 the first borehole is drilled at the Laugardalur laundry baths in Reykjavík, which had been used to wash laundry for decades. With drilling, the water stream to the surface increased and reached 14 litres per second with hot water at a temperature of 87°C.

A wind generator is installed at Kópavogsháls, the first in Iceland. It provides power to the Kópavogshæli sanatorium.

Ellidaár Power Station comes into use

At the end of 1919, the City Council of Reykjavík authorises the construction of a 1000 horsepower power station on the river of Elliðaár. Construction on the plant was completed in the spring of 1921 and the station was inaugurated on June 27th the same year. Electricity is conducted through a pipeline above-ground to a supply station on Skólavörðuholt, which at that time was on the outskirts of the city. From there the electricity is transmitted through underground pipes to eight transformer stations in town.

Reykjavíkur Gasworks’ operations started in Hlemmur. Over the following decades it will cater for the city residents’ gas needs, particularly for cooking. Operations at the gasworks and gas utility ceased in 1956. In some places gas pipes were later used as pull-through conduits for the electricity utility.

Water is initially extracted from the Elliðaár river and later from the Gvendarbrunnar springs.

Water pipes were first laid down in the town of Reykjavík in 1908 and the Reykjavík Water Utility was formally founded on 16 June 1909. Water was allowed to flow into the town from the Elliðaár river on an experimental basis. The starting date of water supply in Reykjavík is, however, generally considered to be October 2nd 1909, when the pipeline from the Gvendarbrunnar springs comes into use. The construction of these stations gave the population of Reykjavík easy access to sufficient clean water, and before long their water consumption multiplies. Water consumption in Reykjavík increased from 18 litres per day to over 200 litres per day after the arrival of the water utility, but before this all of Reykjavík’s drinking water came from wells which were both insufficient and unsanitary.

In tandem with the laying of the water supply pipes, the municipality of Reykjavik decided to lay sewers in every street. These constructions led to better health among residents with pure and good water, a better sewerage system and sufficient water for fire protection, concrete construction and all kinds of industry, not least fisheries and food production.

Reykjavík drills for potable water in Vatnsmýri. The water turns out to be undrinkable.

Closed drainage pipeline is laid from Landakot hospital down to the sea. It is connected to a large well that was made for the hospital. This is the first drain in Reykjavík since prior to this sewage had run through open gutters down the main streets into the sea, Tjörnin pond in central Reykjavik or the small stream running between the pond and the harbour, now subterranean and covered by Lækjargata road. Knud Zimsen, who later became mayor, managed the construction. The pipes, which are made of clay, were still being used in 2017, but have been padded with modern technology.

The first electric lights in Iceland were turned on in the house of Eyjólfur Thorkelsson in Austurstræti 6 and in the same year he illuminated the Ísafold offices in the building next door, Austurstræti 8.

The public baths society is founded in the centre of Reykjavík. It offers hot and cold baths in addition to showers. It does poor business due to a scarcity of customers. The Reykjavík public baths were founded in 1907 (see picture) and was run for many decades. Water from the Skálholt spring in Lækjargata was piped there until the Water Utility was created two years later.

Offer to set up electricity utility in Reykjavík

A British company offered to set up an electricity utility in Reykjavík within a decade after Edison invented the light bulb. Nothing comes of it.